Mayuge was among the pioneer disricts that benefited from the UWEP program in the financial year 2015/2016were 14 groups were funded towards various enteprises to ensure income source for better economic livelihood in only 4 sub counties. a taotal of 56,864,000 shillings was disbursedto the groupsfor the use.

The funds have been recievedin 2018/2019 financial yearfor project implementation.

The project schedukefor 2018/2019 groups had been approved with amount worth234,153,500/= towards 50 women groups though the money has not yet been released for the groups to start business.

Recovery
Arising out of the projects implemented, a number of groups have adhered to theiragreements and have gone ahead to repay the agreed amount as per the
financing agreement although the pioneer groups are not doing well, there recovery is very low and some projects seem to have collapsed.
The groups have so far recovered shs 55,206,500 (fifty five millions two hundred sixty five thousand shillings) which has further been transferred to the MoGLSD recovery account in Bank of Uganda; leading to 21.5% total recovery from the 258,184,500/= from the beneficiary groups of 2015-2017 financial years.

Challenges
a) High demand for the funds yet the resource envelop is very small.
b) Group conflicts which affects the group progress and cohesion.
c) Seasonal enterprise which affect the recovery.
d) Delayed release of funds by the ministry.
e) Poor financial management skills.
f) Non consistence in approved enterprises leading to change of enterprises
g) Withdraw of members from projects after approval.
h) Non commitment of all members to the group project leaving it only to a few 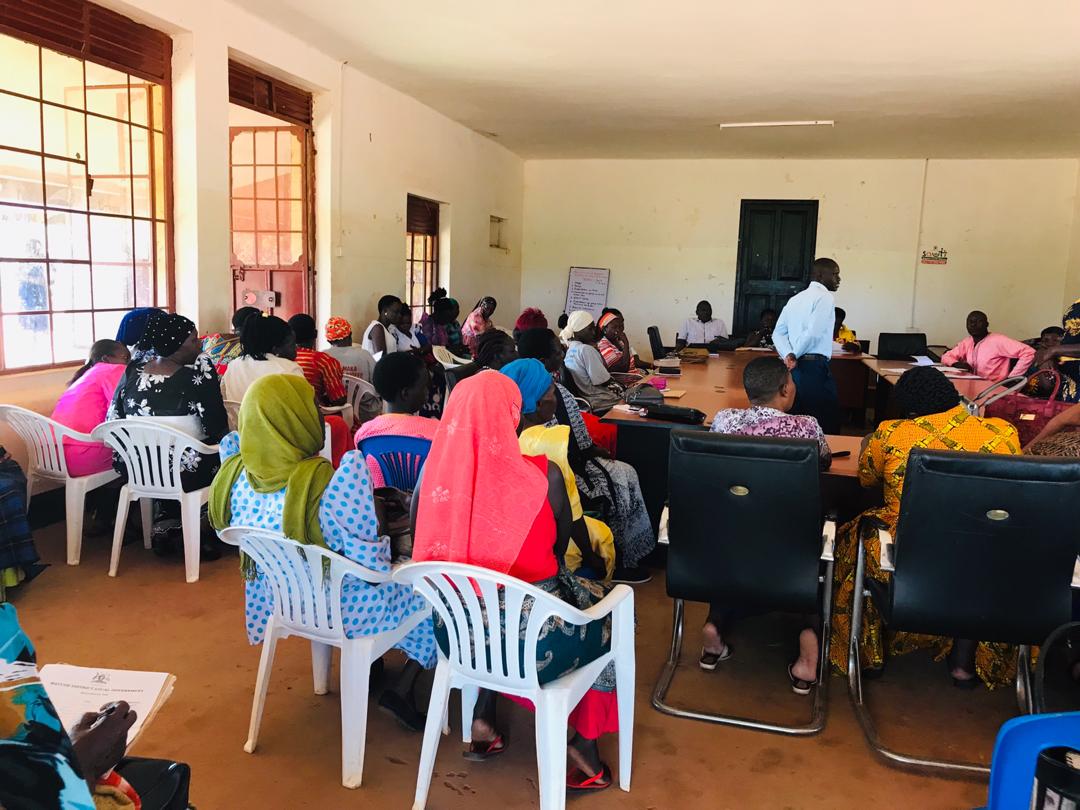 members of the project to implement.
i) Groups paying their recovery using individual names rather than the group names which affects records on the group recovery level.

Recommendations
1- Among the major recommendations is the need for the CDOS to closely supervise these groups continuously and consistently to ensure they clear they loan in the agreed time.

2- Always try to have the review meetings that can bring on board all funded group members to ensure they can bench mark from one another and be in position to pay the funds as required.

3- Communication and feed back to the community about the low funding to groups.

4- Consistent supervision by the district recovery team about the government group funds.

5- The magistrate has advised us to go through court were the defaulter can be summoned about non-payment which seems to be good and better legal way of following up defaulters and the groups that are not paying as agreed.

6- Ensure collective supervision and monitoring of the various projects using the various government structures from different offices at the district and sub county.

8- Ensure proper record keeping of all that happens with the program and the groups as a whole to ease follow up and guidance.