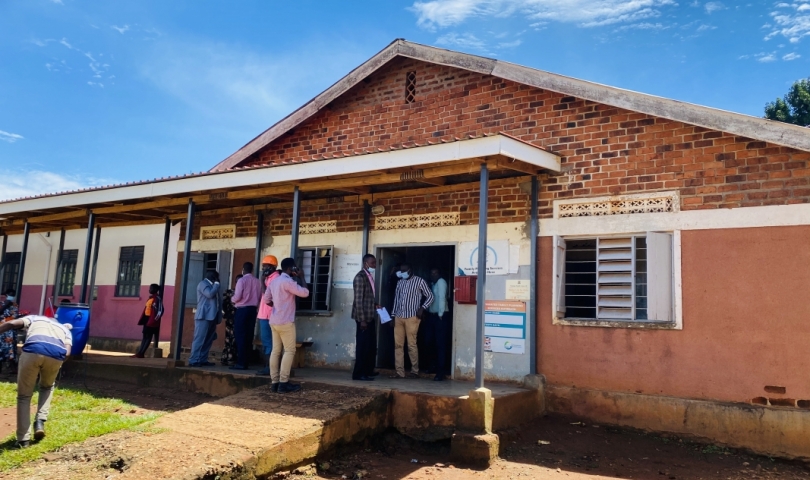 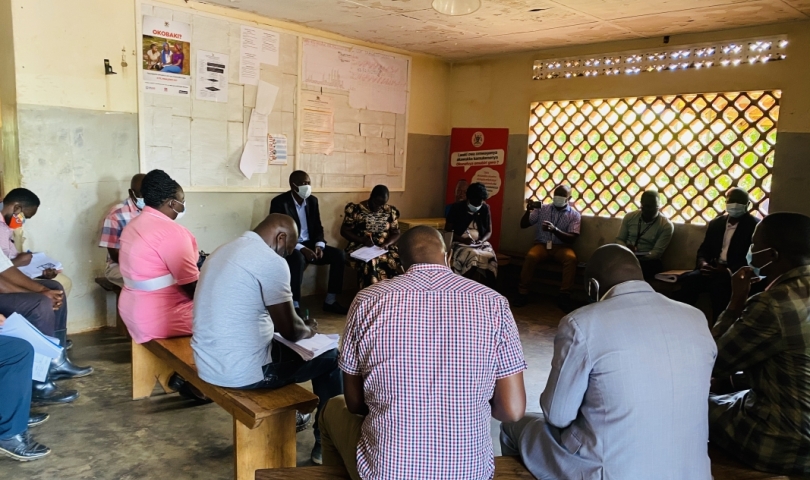 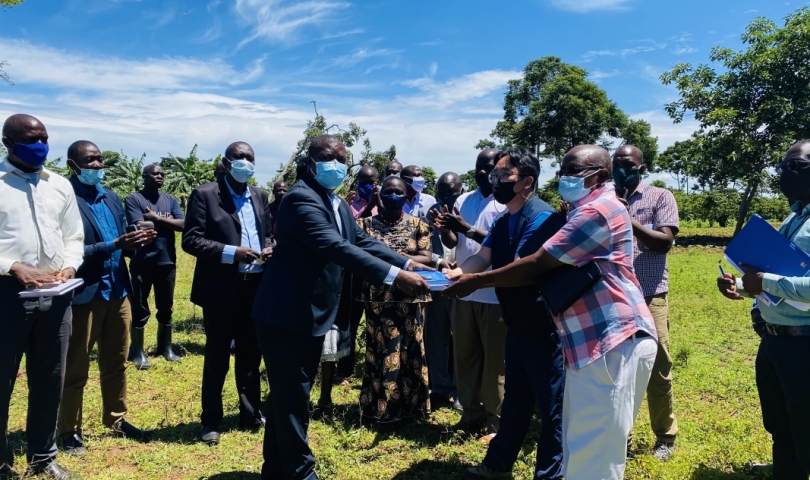 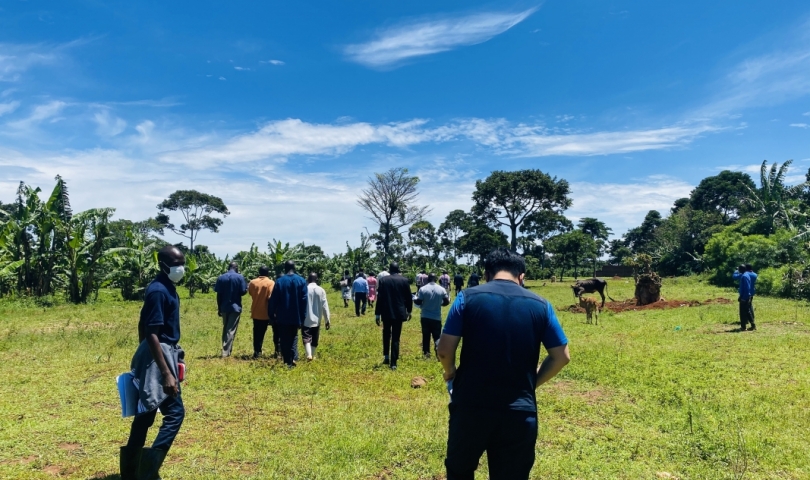 Hand over ceremony of  Malongo HCIII  site to young jin contractors took place today in Malongo sub county. But before the handover, there was a site meeting that was chaired by the deputy chief administrative officer , Mr . Kitavuja Leonard.

LC1 chairperson  welcomed all and appreciated Ministry of Health and Mayuge District local government for bringing services closer to them. Malongo did not have a maternity ward and now he is appreciative that their prayer have been answered.

In charge- MalongoHCIII- Thanked Ministry of Health for the support because this is what they had been yearning for . He also thanked the partners rights Ec for the building (OPD)that is now serving as maternity ward that was given to them last year 2020.He pledged support to the contractor when doing their work.

Sub county chief Malongo- Welcomed all to Malongo sub county and thanked Ministry of health  for the support.

He said that when  they got information  that the ministry intended to build the maternity ward, the land was not enough but the community mobilized some money and they were also supported by Bugadde Sacco to raise 18million shillings that was used to acquire the 2.5 acres of additional land. He also pledged support to the contractor.

District Health officer- Appreciated all for coming. She said she got information  about this project in 2018 of upgrading the health center. Malongo HCIII is one of the highest serving facilities in the district. It is performing the duties of a hospital yet it’s a HCIII  and on top of that it's  faced with a lot of challenges like lack of space, understaffing yet its serving over 100,000 people from about three sub counties including the islands .She added that as a district we were grateful that now Malongo will be having a full fledged maternity ward and also being upgraded to HCIV.

Engineer-Thanked all for coming to this activity which is a site handover to the contractor. He said that there were no doubt that the contract is  officially starting now ,and urged the contractor to perform its duties to completion. He urged the local leaders to support the project not to sabotage it so that it’s completed on time. Like other projects some contractors tend to abandon projects half way and disappear . But since they have accepted the terms in the contract, he hopes they do their work well so that we can come back to commission the project.

Ministry of Health Representative- They came to Mayuge about two years ago, but before they committed to the project they had to confirm the land availability before proceeding. As ministry, they had to first asses and see the gaps so they they could come and add on what is already there.

The purpose of bringing this project is to address the issue of maternal and child health. They have hired a consultant Kk consultants architects-that is going to do they day to day supervision of the project with the support from the District team.

About the facilities to be included in this project are;an OPD, standard maternity ward with 19 beds,  Laboratory and a section for premature children, two vip  toilets, placenta pit ,incinerator , Landscaping and fencing.

Contract sum is 1.7billion and the period is 16 months. The items for the OPD and maternity ward will be procured separately as they are not in the contract.

Solar pannels will also be installed as well as a water pump system.

He advised the engineer to also avail land next to the maternity for future purposes in case there’s need to construct a Theatre.

He added that Kk consultants will be in charge supervision however there will be monthly site meeting by the district , & the ministry to monitor and supervise the project.

Appreciated all , thanked the ministry that out of the 81 projects that are being carried out by the ministry in the whole county, Mayuge is blessed to have two , i.e. Malongo HCIII and  Buyugu HCIII.

He promised to work as a team and make sure that if the land is not titled , it should so that ownership is guaranteed.

LCV chairperson - Appreciated all for coming, she promised full support to the contractor and requested them to stick to the contact and do a good job that is required of them.

RDC- The government in its manifesto, is that every sub county must have a HCIII so in doing this , it’s implementing the manifesto. Thanked the ministry of Health for considering Mayuge for such service delivery. To the contractor he urged them to adhere to discipline while executing their work like leaving many pregnant women in the community as the finish their contract. We don’t want issues of defilement to a raise. About the environment he emphasized the environmental restoration, and greening of the environment.

Thanked all for coming and adjourned the meeting and asked to proceed to site handover.